U.S. stock futures edged lower on Thursday morning ahead of a string of earnings reports and economic indicators including jobless claims and home sales. Stocks have risen in recent days after stronger-than-expected earnings have eased concerns that sent markets lower at the start of fall. Of the 80 companies on the S&P 500 to have reported through Wednesday, 81% had topped expectations, according to FactSet.

“We’ve gone through a period of hesitation that’s brought a bit of volatility but I think stocks will keep trending higher,” said Paul Jackson, head of asset allocation research at Invesco. He expects households to keep spending savings accumulated during the pandemic.

On the economic front, investors will also be looking at the weekly jobless claims that are due at 8.30 a.m. ET. Meanwhile, existing home sales data are expected to have rebounded in September after an August slowdown. The home sales data will be available at 10 a.m. ET. As of 6:50 a.m. ET, the Dow, S&P 500, and Nasdaq futures are declining by 0.30%, 0.25% and 0.17% respectively.

Bitcoin rallied to a record high when ProShares Bitcoin Strategy ETF (NYSEARCA: BITO) made its stock market debut on Tuesday. Now, anyone with a brokerage account will be able to buy and sell a Bitcoin-backed financial product on the stock market. Since the Bitcoin ETF made its debut, it topped $1 billion in trading volume on its first day. That makes it one of the top ETF debuts in history. And that has given rise to a fresh wave of bullish predictions. It’s worth pointing out that the largest cryptocurrency has more than doubled in price this year.

“The key here is whether we are able to establish support above $65,000 … If we can, the classic Q4 crypto rallies we’ve seen in most years could take bitcoin towards some of the loftier price predictions we’ve seen over the past several months. If sell pressure takes over, though, our next leg up could take a while to materialize.”- Jesse Proudman, CEO of crypto robo-advisor Makara.

After a successful debut of Bitcoin ETF, Valkyrie’s Bitcoin-linked ETF will be the second Bitcoin-backed ETF in the U.S. The Valkyrie Bitcoin Strategy ETF planned to trade under the ticker ‘BTF’ will debut on Friday. With so much enthusiasm surrounding Bitcoin ETF launches, will Bitcoin continue to swing upwards?

Snap (NYSE: SNAP) is set to report its third-quarter financials after the stock market closes today. Investors are anticipating to see whether Snap can maintain its momentum when it releases its earnings results this evening. To recap, the company has beaten consensus estimates for revenues and earnings in recent quarters. That’s because the company’s strong niche and expansion into synergistic opportunities like augmented reality could help it maintain the bull run.

For the quarter ended September 30, the company projects that daily active users will climb to 301 million. It also expects revenue to grow between 58% and 60%. Snap’s performance is quite remarkable given that just a couple of years ago it was struggling to compete with rivals such as Facebook (NASDAQ:FB). The latter copied some of the features that Snap launched to lure its young audience.

As of late, Snap trades approximately 33 times sales. Now, that certainly doesn’t look cheap. But many investors are optimistic about the company’s growth and its potential in augmented reality (AR). The company’s management expects third-quarter sales to increase by up to 60% to $1.1 billion. Meanwhile, adjusted EBITDA could come in between $100 million and $120 million compared to $56 million in the prior-year period. Considering all these, would you bet on SNAP stock ahead of its earnings?

Despite the global semiconductor shortages, Tesla (NASDAQ: TSLA) reported impressive results that largely beat estimates. The largest EV manufacturer continues to make waves with record deliveries even as supply challenges weighed broadly on the auto industry. Like some of you may have anticipated, the more affordable Model 3 and Model Y vehicles played crucial roles in driving third-quarter deliveries. However, quarterly revenue came in slightly short of consensus expectations. Investors appear to be responding to that, with TSLA stock trading slightly lower in pre-market trading today. 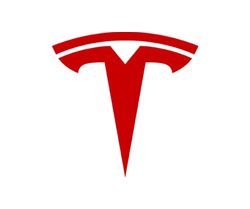 From the quarterly report, Tesla reported operating earnings of $2.1 billion, up 30% from its previous record earnings in the second quarter. Revenue rose 15% to $13.8 billion, slightly below estimates. Meanwhile, earnings per share is 17% better than the consensus of analysts surveyed by Refinitiv.  Still, the company warned that the supply chain woes would still be a problem despite its success in overcoming those issues in the third quarter.

Notable Earnings To Watch In The Stock Market Today

As the third-quarter earnings season continues to ramp up, there is no shortage of earnings to take note of today. Should you be keen on jumping on pre-market earnings, there are plenty to choose from. For instance, we have notable names such as American Airlines (NASDAQ: AAL), Southwest Airlines (NYSE: LUV), AT&T (NYSE: T) and Nucor (NYSE: NUE). Not to mention, consumer names like Crocs (NASDAQ: CROX) would also be in focus.

On the flip side, for those looking to track earnings after the closing bell, there are several on tap as well. These include the likes of Snap, Intel (NASDAQ: INTC) and  Chipotle Mexican Grill (NYSE: CMG). Whether it is keeping up with soaring crypto prices or digesting earnings and key economic data, investors have a lot to keep track of in the stock market today.